Independence Day takes on a new meaning in 2021! The masks are coming off, more and more people are getting vaccinated, and we can be with loved ones again. AND, praise God, in most of the 15 countries, including the United States, served by Alfalit, our affiliates have started classes or are scheduled to do so soon!

Our students have longed for Alfalit’s literacy programs to begin again. Our classes are the beginning of THEIR independence and that of their families. As most of us are aware, literacy enriches an individual’s life and increases their earning ability. Individuals who can read and write and complete basic math operations are more likely to find jobs or start small businesses. Their income supports their household and enables them to purchase from others, which impacts the local economy. When local economies thrive, private businesses and governments see gains. Resources then are more available for investment in communities. Apart from income, literacy also improves self-esteem and encourages people to take control of their own lives. When this happens, parents are more likely to emphasize and support their children’s education, which is the beginning of the end of generational illiteracy. As many health care providers note, there is a clear correlation between reading fluency and mortality rates and health overall.

Literacy promotes employment, earnings, health, and poverty reduction. In short, the ability to read and write changes lives as people are empowered. THAT is why our students want Alfalit to teach again.

So, on the 4th of July, enjoy a hotdog and watch the fireworks. Know that Alfalit is on the job, helping those with the least who need us the most. Even though we may be the “independence makers,” our students are truly star-spangled champions.

May God Bless America and all countries.

The Association of Hispanic Pastors propose to proclaim, defend and preserve biblical principles and exalt the name and Gospel of our Lord Jesus Christ by all possible means, including but not limited to the use of radio, television, social media, the print page and public meetings. Their goal is to be present and have influence in the various areas of our community through the promotion of spiritual advancement, the defense of values and effective participation in social action programs. The association promotes the fraternity and interaction of our members, as well as the care and help of those in need

The idea is for the Association to be able to assist Alfalit in sharing their message and expanding evangelistic aid for their local educational programs. The Association of Hispanic Pastors can always refer, help and support Alfalit’s literacy programs that help and reach the Miami Dade community as well as the countries they serve. The Bible says, “When two or more are gathered together, there I am with them.” So together, Alfalit International and the Association of Hispanic Pastors will work hand in hand to continue bringing literacy and the saving knowledge of Jesus Christ to everyone who enrolls in Alfalit’s programs.

Ngoyi Badibanga Godet was born in the city of Goma located in the Eastern province of the Democratic Republic of the Congo. Over the years, in the city of Goma, the civilian population has endured more continued fighting amongst multiple factions, cholera outbreaks, hunger and families abandoning their children due to the extreme conflict. When Ngoyi was only 5 years old, his parents made the decision to flee the conflicts of war in their city and completely abandoned Ngoyi and left him alone with no one to take care of him.  So Ngoyi, wandered the streets of Goma for months scared and trying to figure out how he would survive. One day while he was out in the streets, a soldier from the city of Lubumbashi saw Ngoyi and soon realized that that there was no one with him. After seeing the young boy for several days in the streets, the soldier decided to take Ngoyi home and gave him a place to live, gave him food and made sure he was provided for. A few years later, the soldier and his family decided to adopt him. Ngoyi now had a permanent family and a home, but unfortunately he wasn’t able to go to school because the family just could not afford it.

Ngoyi grew up in Lubumbashi living with his adopted family. There he met the woman who would become his wife and together they had 5 children. The one opportunity that Ngoyi had still not had but wanted more than anything, was to learn how to read and write. He didn’t want to be illiterate his entire life.  One day while attending his church in Lumbumbashi, a friend told him about Alfalit Internationals educational classes that were being taught right there in their church and that they were of no cost to enroll.

So Ngoyi enrolled in Alfalit’s basic education and literacy classes that very day. Ngoyi went to class, studied hard and was able to graduate and get his certificate. He finally knew how to read and write.

Today, Ngoyi is happy and has the ability to take much better care of his family by working a full-time job as a truck receptionist in a Chinese mining company. He is so proud of himself and is so thankful that Alfalit International gave him the chance for an education. Ngoyi said, Alfalit forever changed his life and thanks to God for always watching over him since he was first abandoned.

Kapi Mujinga was a very happy mother living in the Democratic Republic of the Congo where she and her husband were raising their 11 children. Kapi loved her husband and her children more than anything.  Unfortunately, one day Kapi came home and saw that her husband wasn’t there and the children were all alone. She soon realized that her husband had left her, completely abandoning her and their children. For the first time, Kapi found herself alone without knowing what she was going to do.  How would she take care of her children? She always depended on her husband to be there for the family. How would she get a job? Where would she get a job? Kapi knew that being an illiterate woman, there was very little opportunity for her to find any type of job that could pay her enough so she could provide for her family. Growing up in the underserved areas of the Democratic Republic of the Congo, Kapi had never had chance to go to school to learn to read and write.

While attending her church one day, a friend introduced Kapi to AlfaCongo. Kapi found out she could enroll in their basic education and literacy programs free of charge and she would also learn basic math as well. Immediately, Kapi enrolled in the AlfaCongo programs and in 6 months, she graduated.  She now knew how to read, how to write and how to do basic mathematical problems. She was certain she would be able to find a better job and she was able to do just that.  Kapi got a job in a grocery type store as a cashier and the job has made it possible for Kapi to take care of her children, send each one of them to school and pay her rent. She says that AlfaCongo was the answer to her prayers. If she would never had the opportunity for an education, she knows that there would have been no way that she could have found a good job that would allow her to take care of her beautiful children. Kapi gives God all the Glory for the opportunity she has had through Alfalit International.

As principal at MATA Consult, Inc., I partner with a multitude of clients which represent a variety of industries including development, construction, philanthropy, engineering, education, tourism, technology , transportation, healthcare, government and others spanning the globe.

Through decades of working alongside CEOs and community leaders I have developed a unique approach to consulting, inclusive of business development, public relations, public affairs and marketing which focuses on strategic and unique campaigns coupled with strong relationships within the confines of various political and private establishments. In local bond initiatives alone my record speaks for itself as I have successfully spearheaded the highest approved victories including MDCPS bond and Jackson bond. I recently served as Chairman of the City of Miami Education Advisory Board as an appointment of then Commissioner and now Mayor Francis Suarez as well as the Hispanic Scholarship Fund and currently serve as Secretary for Alfalit International. A true Miami native I’m proud to be a product of both the University of Miami and Barry University majoring in Information Technology while working in the IT departments at both schools.

Alfalit International want to say thank you for all of the sponsors and golfers for coming out to Alfalit’s 6Th Annual Golf Tournament. It was great to be back playing golf together again and we can’t thank you all enough for supporting us. Alfalit is doing great work all over the world and our people need you more than ever. Covid has been tough for our students and things have become even tougher in the most desperate place and your support for our tournament changes their lives.

Not just once in the last year, but twice within the year our sponsors and players have shown their support for the Alfalit Golf Tournament. It was a great day together and we enjoyed seeing all of.

Thanks to your generosity and dedication, Alfalit’s 6th Annual Golf Tournament was a success! Between sponsorships, golfers, raffle and the silent auction, our tournament raised over $145,000 which will go directly to the students we serve all over the world and here in the United States.

Over 8.5 million people have learned to read and write through Alfalit. Our vision today is to continue building on this success and deliver literacy, basic education, and life-changing programs free of charge to the neediest populations. When a child grows up without the ability to read or write, that child is a victim…illiteracy destroys lives.

The numbers are overwhelming. But we begin with one child or one adult. And with that one person, we start a revolution.

What a great evening it will be with our friends and family to come together once again to support the work of Alfalit International. Join us for a Star-Studded evening of Hollywood glitz and glamour. The Hollywood Ball will be an evening of inspiration, celebrity entertainment, dancing, and an outpouring of love as we come together to help spread the message of hope through education.

For more information, contact Todd Talbott at todd@j-milton.com. We look forward to seeing you at this year’s Gala. 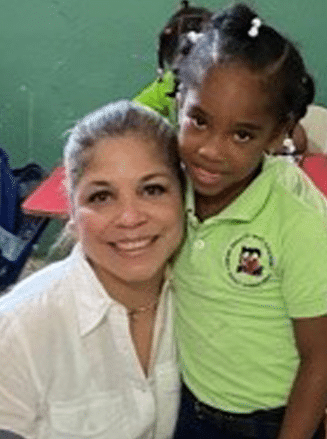