Joseph Milton is the President and CEO of J. Milton & Associates. He is the Second Generation Developer of his family owned and operated Real Estate Company, Headquartered in Coral Gables, Florida. Milton is hands on following the philosophy of his father and founder, Jose Milton, to dedicate himself to a pursuit of perfection that requires him to “live and sleep with the business”.

Mr. Milton received a Jesuit High School education at the prestigious Belen Jesuit Preparatory School in Miami, which is steeped in tradition and rigorous Curriculum. Following High School, Mr. Milton graduated from the University of Miami with a Degree in Civil Engineering, where he was enrolled in the advanced Honor Roll Program. Of special note, he studied and received his State of Florida General Contractors License in 1987, while working on various family projects and completing his Engineering Degree. In 1990 he received his Professional Engineering License from the State of Florida, rounding out his education and setting the stage for his career in Real Estate Development.

While attending high school and University, Mr. Milton was committed to learning the family business from the ground up. First at the age of fifteen working as an entry level laborer preparing foundations for concrete pouring, working on the forming and placing of structural decks and stressing of the post-tension cables of the structural slabs. Through the years he worked as an assistant jobsite supervisor, threshold engineer and estimator. He finalized his construction experience by his midtwenties by achieving and becoming a construction supervisor. His education was not limited to just construction however as he was motivated to learn all aspects of rental community leasing, building engineering and property management. 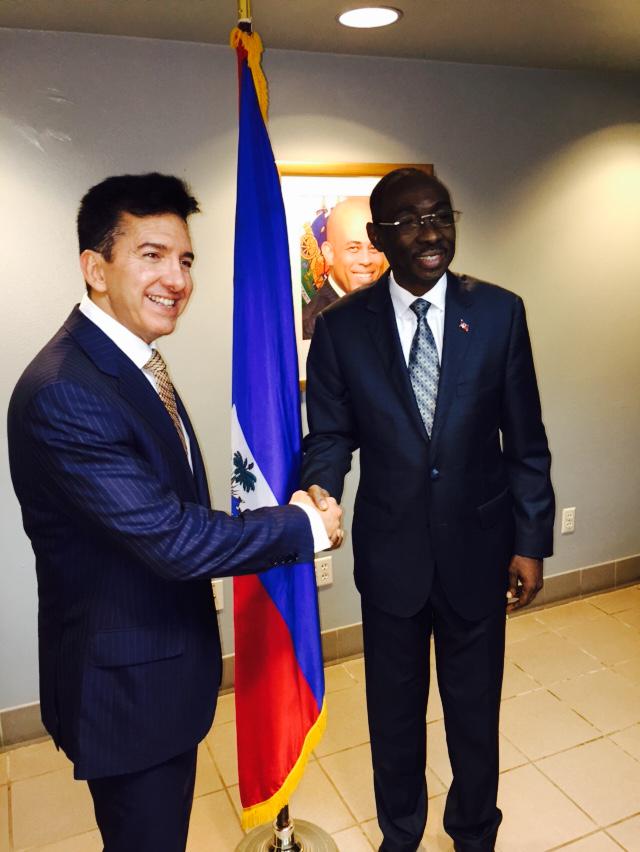 Today, as the CEO of this Billion Dollar Family Business, Joseph Milton’s responsibilities are far more reaching, as the third generation of Milton Family Members join the firm, including his daughter, whom he expects to join him in the business upon graduating from university with a Masters’ Degree in Architecture. He looks forward to new horizons as the company expands its interests in Commercial, Office Development, Condominium and Residential Rental Communities across South Florida.

As a fervent believer in Education, Mr. Milton has been dedicated to working within the World of Charity. His exposure to developing an Instinct came from his Mother, early on, as she inspired him to help others. This lead to sharing his beliefs in education through the Global Charity, Alfalit International, serving on the Board since 1990 and whereby he now enjoys the role of Chairman of the Board, serving people from 5 to 95 in over 25 countries, teaching basic math, reading, writing as well as job skills training, for millions around the world.

At the core of Joseph Milton’s philanthropic focus is the Jose Milton Foundation, created by Mr. Milton and his immediate family members, in order to keep Jose Mitton’s legacy and spirit alive by serving South Florida residents and the community. The Foundation has coalesced the entire Milton Family to focus on a myriad of heartwarming charities, including those notable of Health, Education and Wellbeing of those in need. In keeping with Joseph’s belief of always striving to make life better for those in need, he mirrors a quote from Winston Churchill who said, “We make a living by what we get, but we make a life by what we give.”

Throughout his storied career as someone that continues to evolve as a person, he has developed a specific and unique taste for surrounding his personal life and real estate developments with all forms of ART. He believes the language we speak is sometimes demonstrated in our cultural and spiritual values that feed the soul and are manifested through the strong influence of ART. He truly subscribes, ART is a gift for all ages according to Mr. Milton. His collection are not limited to one type but to a variety of beautiful works like the famed artists Fernando Botero, Britto and Manolo Valdez. Most recently he has proudly announced the unveiling of “Mariposas” Sculpture by World Class Spanish Master Manolo Valdez, at his Sunny Isles Beach office Tower, named after his beloved Father, Milton Tower, to be positioned at the entrance to the Gateway to the City, for all residents and visitors to enjoy for generations to come. 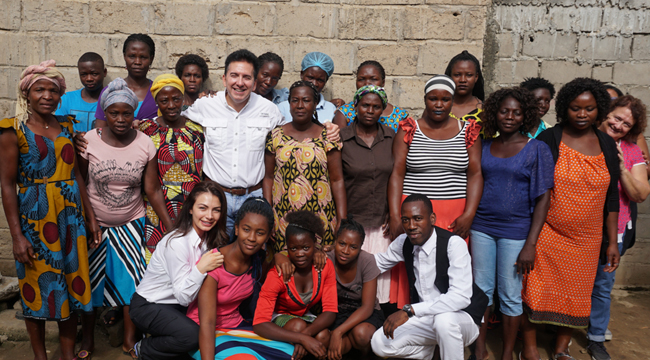 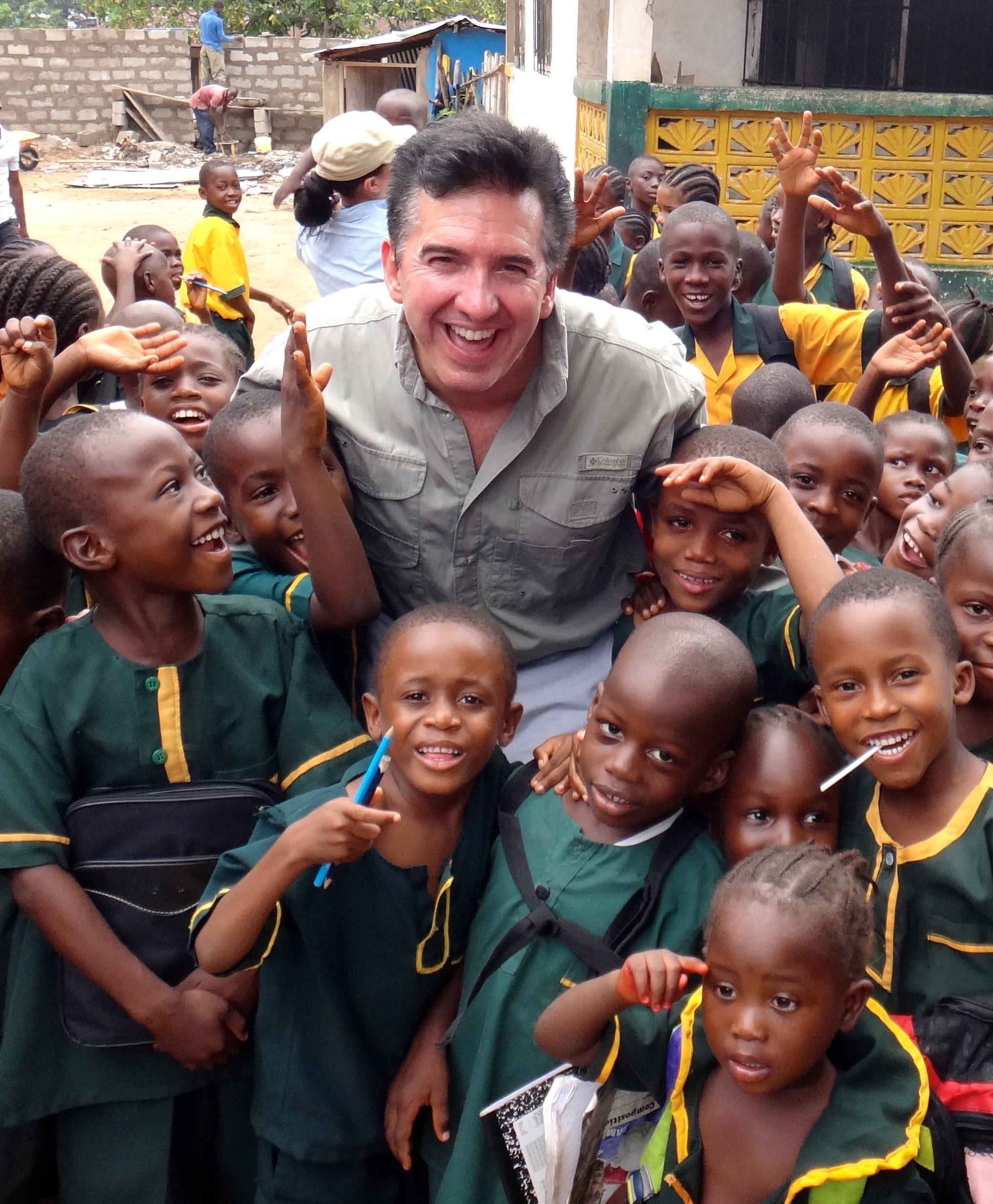 Following his on the job training and practical education, he cohesively and creatively brought a new dimension to the family business by creating a World Class Condominium Division. In 1993 he set out to expand the families base in the very competitive world of condominiums within the City of Sunny Isles Beach, Florida. Assembling the best talent he could find in all aspects of Development including land planning, architecture, engineering, interior design, trade subcontractors, sales and marketing, all handpicked by him.

Once his handpicked team was assembled, he immersed himself within the City of Sunny Isles Beach by working with the Founding Fathers of this Ocean Front Community, to introduce and commemorate the Cities first Land Planning and Zoning Footprint. Additionally, he created and developed the “Town Center Overlay Plan,” that acted as a road map to develop a comprehensive plan for residential and commercial uses, which framed the Main Gateway to the City. He went on to develop most of the town center with the City’s Gateway Park, retail, condominium housing and the first and only Class A office tower in the city.

Since 1990 Joseph Milton has been a leader in urban development in Miami Dade County, City of Miami and Sunny Isles Beach. Working with government municipalities in planning and improving urban zoning to provide better lifestyles for its citizens. Dedicating himself to building better lifestyle from your home to the workplace. Planning for the recreation of the community in developing parks in the City of Miami and Sunny Isles Beach to improve the quality of life of its residents. 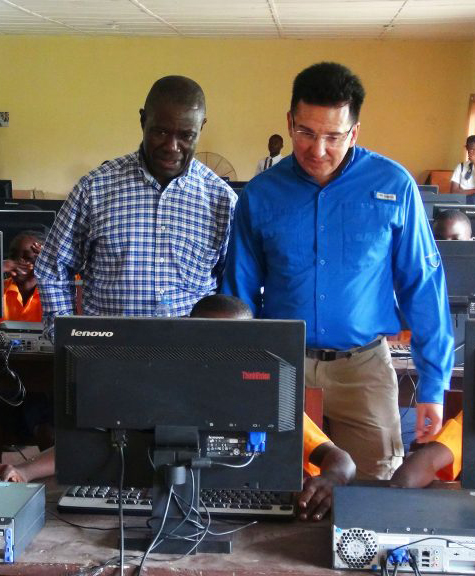 If someone is honored, they are recognized and awarded special consideration for their achievements in life, both personal and business. Joseph Milton has been bestowed with special recognition in:

The father of 3 sons, Juan Marcos has over 26 years of work experience. Alfalit is a family affair as his mother, Milagros Bello, serves as the executive director of Alfalit’s affiliate in Dominican Republic. A devout Christian, he is committed to bringing hope to those with the least worldwide.tudied in Prague (Human Rights); Bachelor of Science, International Affairs, Florida State University.

Currently pursuing degree with a major in Accounting. She and husband Alvaro have 3 children, two of whom are in college. She worked in the Manufacturing and Freight Forwarding Industry in management for many years before joining Alfalit. In all, she has over 20 years in the management and accounting fields. She was recently promoted to Chief of Staff. Passionate for the Kingdom of God, she devotes all her professional and personal efforts in the name of Christianity.

With over 30 years of nonprofit experience, Catherine feels she is blessed to end her incredible nonprofit career with Alfalit, an organization that has dramatically changed her life in many ways. The mother of four adult children, she plans to retire in 2022.